How do you get inspired to get in the kitchen? I am sure it is not when the kids or husband ask “What’s for dinner”? Is it when you want to cook something different for guests? Or like the majority it takes a lot to get inspired.

It does not take a lot for me to be inspired to cook. I love trying new recipes whether it is from word of mouth, cookbooks or via the endless food magazines that I buy. I was inspired to come home and make sausage rolls after working with another Mum in the kitchen on the Macleans College Cycling Camp.

It was great to work in the kitchen with another Mum, Kim, who had lots of practical food knowledge to share. Kim, helped me make the lasagne and mentioned her version was different to mine. That’s the great thing about cooking we can adapt the recipes to suit. Kim is the mother of two boys who both do cycling, and she has to know how to cook to make sure the boys and husband are fed to their desire. She makes her own sushi, bakes and cooks meals most nights of the week. I think Kim is like me, she makes people happy by feeding them food they love.

Feeding 35 cyclists at camp, was constant. We found that the boys needed “man food” after their long rides. You know, savouries, pies, hash browns etc. Along with food for cyclists, we talked about a few foodie things, where were the good local cafes for food and coffee. Then Kim told me about the sausage rolls she makes for her boys. A week later I was in the kitchen trying another new recipe.

The recipe that Kim recommended comes from the local primary school’s Cook book. “Mellons Bay Cooks”, is a cook book that a group of mothers put together as a fundraiser, in 2006. It was very successful, and is full of tried and true recipes from the families attending Mellons Bay School at the time. 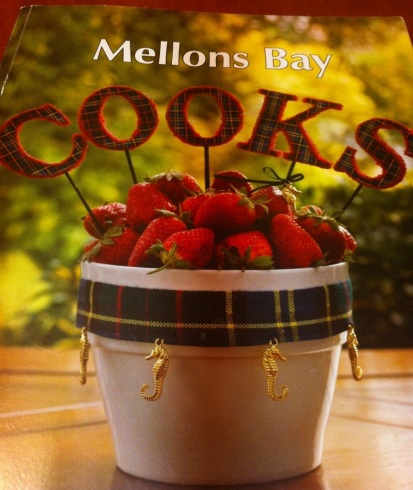 Be warned these savouries are addictive, so make sure you have lots of people to share them with! They are perfect for afternoon tea on a winter’s day.

For the sausage meat, I used the meat from pork sausages. I also used Maxwells pastry which can be found in the chiller at the supermarket.

Cut each pastry sheet in half. Divide sausage mixture into four portions and place mixture along the middle of each pastry and roll, with seam underneath. Cut each roll into pieces. (I made long sausage rolls, and cut after cooking)

Place on oven tray lined with baking paper. Brush with milk and bake at 180C for 30 minutes,

Welcome to my Kool Kosher Kitchen where food is fun and fun is to create food!

Flavor Smasher
Travels with the G-Unit
Life Is A Journey

Currently traveling in South America with a bicycle